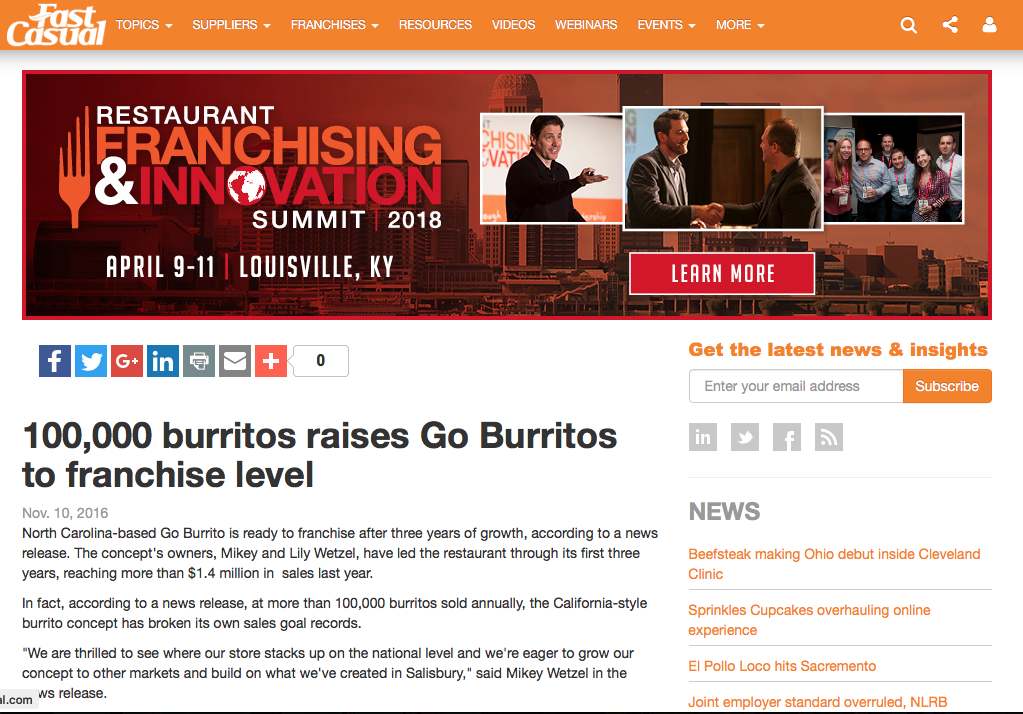 North Carolina-based Go Burrito is ready to franchise after three years of growth, according to a news release. The concept’s owners, Mikey and Lily Wetzel, have led the restaurant through its first three years, reaching more than $1.4 million in  sales last year.

In fact, according to a news release, at more than 100,000 burritos sold annually, the California-style burrito concept has broken its own sales goal records.

“We are thrilled to see where our store stacks up on the national level and we’re eager to grow our concept to other markets and build on what we’ve created in Salisbury,” said Mikey Wetzel in the news release.