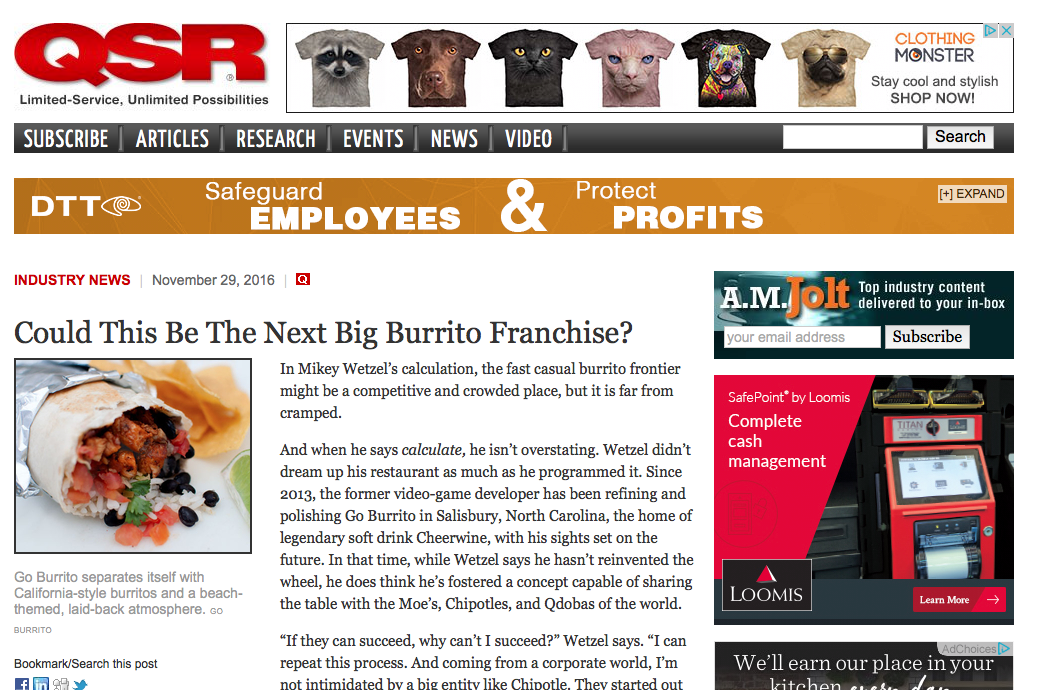 Could This Be The Next Big Burrito Franchise?

Go Burrito is featured in QSR Magazine and Mikey gives a great interview to Danny Klein.

In Mikey Wetzel’s calculation, the fast casual burrito frontier might be a competitive and crowded place, but it is far from cramped.

And when he says calculate, he isn’t overstating. Wetzel didn’t dream up his restaurant as much as he programmed it. Since 2013, the former video-game developer has been refining and polishing Go Burrito in Salisbury, North Carolina, the home of legendary soft drink Cheerwine, with his sights set on the future. In that time, while Wetzel says he hasn’t reinvented the wheel, he does think he’s fostered a concept capable of sharing the table with the Moe’s, Chipotles, and Qdobas of the world.

“If they can succeed, why can’t I succeed?” Wetzel says. “I can repeat this process. And coming from a corporate world, I’m not intimidated by a big entity like Chipotle. They started out with Steve Ells, right? He started out with one store, did well, and then opened another. At the end of the day, they’re just guys that make decisions just like me.”