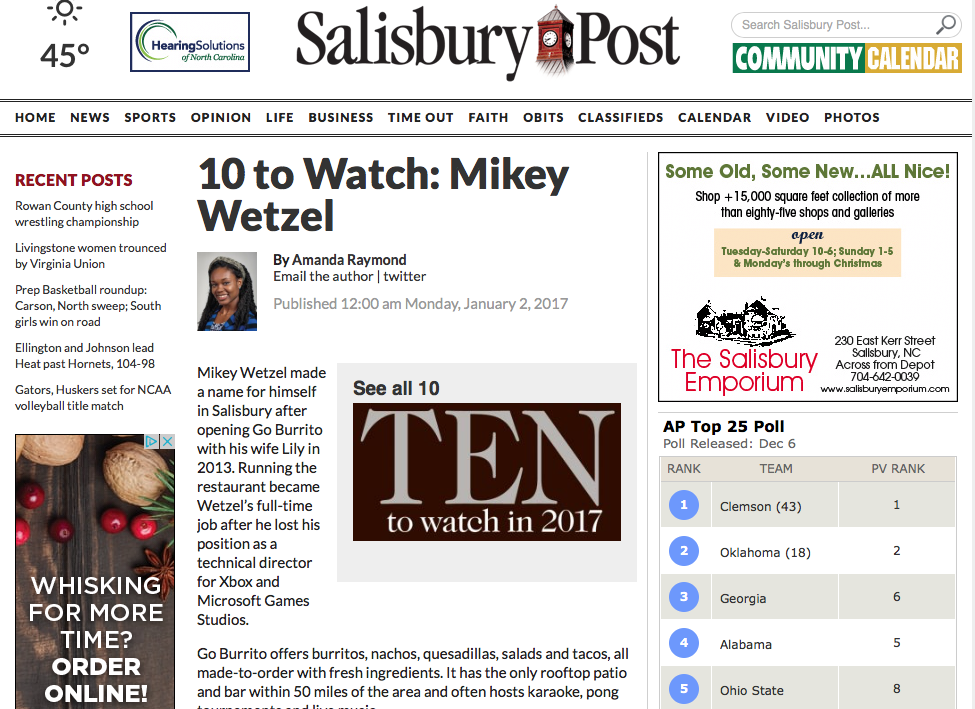 Mikey was recently featured in the Salisbury post and named as one of ten to watch. Written by Amanda Raymond, this article has a great Q&A at the end. Mikey discusses some Go Burrito Financials and the Franchising of the local favorite Burrito shop.

“This past year, Wetzel announced the creation of a parent company called Go Ventures, which is headquarted in downtown Salisbury. Wetzel is offering franchise opportunities for Go Burrito and has partnered with Franchise Innovation Group out of Tennessee to develop manuals, training classes and other elements to make his restaurant replicable.

Although Wetzel cannot promise the success of every future Go Burrito, he said he will offer extensive support to franchisees because if they are successful, he is successful.

“I have a vested interest in every Go Burrito,” he said.”